This year has been a great year to celebrate rock n’ roll. Bands of the 60s are celebrating 50 years since the 1962 British invasion of The Beatles, followed by the Stones, The Kinks, The Who, and on and on. And the bands that came after them in the ‘70s are celebrating their 40th. Bands like Queen, Yes, Asia and the other monster groups that made up Progressive Rock and the other genres of the’70s have been at it for 40 years and are releasing career retrospectives, box sets and new studio albums. Other artists that were members of great bands are releasing solo projects. Donald Fagan from Steely Dan, Ian Anderson of Jethro Tull has released Thick As A Brick 2. 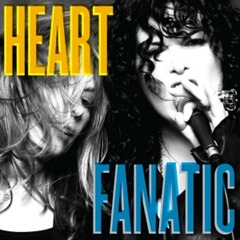 Today, I want to review three albums, two by the same artist (Jeff Lynne’s Long Wave & his remix of the astounding ELO Greatest Hits album Mr. Blue Sky - The Very Best of Electric Light Orchestra,) but first  one of, if not the greatest female led rock groups of all time. Heart. Heart led by sisters Ann & Nancy Wilson have combined the two. They released the great box set, Heart: Strange Euphoria back in the summer. They’ve also got a book out; Kicking & Dreaming: A Story of Heart, Soul, and Rock & Roll

. And a new studio album proving these ladies can still rock hard and still deliver a soulful rock ballad.

The book is great. Probably the most honest and introspective biographies since Eric Clapton’s memoir, and that is saying a bunch. I’ll be reviewing it separately when I am finished but even having read just the first half, I am amazed. First, I am amazed to look back at all their successes. It’s easy to forget. Music has changed so much in my life time and rock music has led the way. All the great tunes Heart turned out over the decades;” Magic Man” from the first album , Dreamboat Annie which showed you could rock out and sing ballads, "Crazy on You" (number 35, 1976), “the ode to the press that suggested the sisters were more than sisters, “Barracuda," Little Queen, "How Can I Refuse", "These Dreams,” “Even It Up,” and many more songs that have become FM Radio staples.

, Heart's 14th studio album, hit the streets on October 2nd and fans will be glad to know there is no sign that these ladies can’t still rock out. From the title track, which bats lead-off, “Fanatic” is a celebration of the Wilson's life spirit: Ann and Nancy are ‘fanatics’ about love, art, truth, and the belief that they can do anything together they set their minds to.

Fanatic was recorded in hotel rooms and studios up and down the West Coast, with Grammy-winning producer Ben Mink back at the helm with the Wilson sisters drawing from their own lives and personal experiences as inspiration for their music.

"What a crazy year we are having," said Ann Wilson. "Our box set, Strange Euphoria, and our book, Kicking and Dreaming, each tell the story of our lives so far, personally and musically. Our new album, Fanatic, tells our story as it is now and brings it all up-to-the-minute.