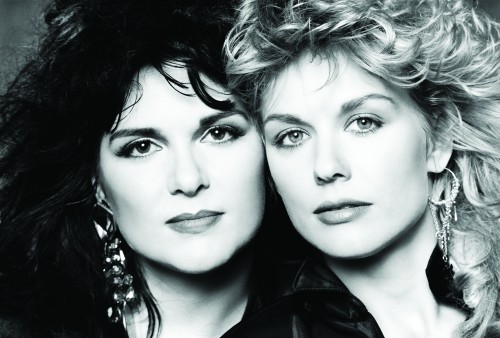 Heart, the long-running band featuring sisters Ann and Nancy Wilson, cemented its hard rock position in music lovers’ ears long before they struck gold with big hits and elaborate videos during The Golden Age. Heart had to fight sexism and adversity from their inception, and much of that is chronicled in the Wilson sisters’ new autobiography Kicking and Dreaming: A Story of Heart, Soul, and Rock and Roll which hit shelves this past week. We spoke with Ann Wilson by email about the book, their recent box set, their upcoming album Fanatic, and of course, Heart’s most famous music videos.

In the promotional video for the Strange Euphoria box set where you two take a look at it, you seem pleased and slightly giddy. Was it a fun process to see your musical legacy laid out before you?

YES! Lots of fun. In a way, it reminded me of seeing the Dreamboat Annie package for the first time, years ago. A physical manifestation of ideas to hold in your hand.

To review your lives for the book Kicking and Dreaming: A Story of Heart, Soul, and Rock and Roll, was it more difficult and maybe more painful that you anticipated?

More difficult and more painful than imagined, sort of like being in therapy, but also fun to be able to relate the story first hand.

Your struggles as female artists on so many fronts is well-documented. In retrospect, you’ve stated that Heart may have gone slightly off-course during the MTV years. I’m thinking that sort of renewed success can be seductive in the moment, and the record company machine is chugging along and you’re on a ride. Your trek through the MTV era may be one of the most storied and difficult journeys any band had to take, and all those videos are still being viewed online regularly. Today, have you come to terms with what those 80s videos did for your career, even though it didn’t seem to translate what Heart was really about?

Yes, those videos are hilarious today. We sure look like show ponies! I think we paid our dues big time.

I’ll throw out some names of video directors who worked on Heart videos. What comes to mind? First, David Mallet.

David Mallet, who directed “What About Love”, had a nickname at the time: “Miss Mallet”. The name referred to him being a bit of a diva when it came to life on the video set. He liked everything over the top…he probably could have worked in Hollywood in 1939.

Marty Callner, who directed “Never” “Alone” and “Nothing at All”, was the L.A. version of David Mallet. BIG BIG productions full of crazy situations. He liked to shoot your close ups after you’d been awake for 18 hours.

Jeff Stein who directed “These Dreams”, was my favorite. Though the production was still 1980′s overkill, it was more tasteful. Beautiful colors, nice guy.

What can we expect on Heart’s new CD coming out October 2nd entitled Fanatic? 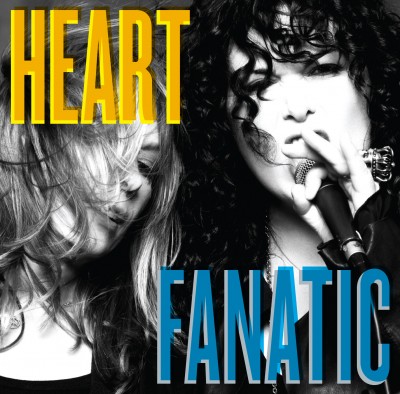 Ann and Nancy Wilson will be appearing in New York City at Barnes & Noble Union Square on September 17th for a talk and book signing.