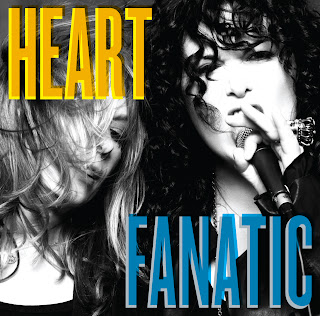 Sisters Ann and Nancy Wilson made a fresh start with Heart two years ago with the release of Red Velvet Car and while they are moving forward, they clearly have not forgotten their roots. The band's latest release, Fanatic (Legacy), sounds fresh and contemporary, but long time fans will notice an appreciation for Heart's early releases from the 1970's. For instance, the titular song is all about keeping your love alive in an increasingly pessimistic world and a similar theme can be found on selections from the 1977 release Little Queen. In addition, revisiting the past is the subject of the ballad "Rock Deep (Vancouver)," which delves into the inspiration for "Dreamboat Annie," the title song from Heart's debut album, in 1976. The song is beautifully written and Ann's vocals are as pure as ever.
Speaking of which, how does Heart seem to defy the passage of time? The Wilson sisters are still touring regularly, they are creating interesting original material and Ann's amazing vocals still have the power to send chills up my spine. Their originality is expressed on "Mashallah!," a rocking effort with supernatural overtones (Mashallah can be interpreted as God's will) that is also part love song. The aforementioned title song is another key rock track, while "Skin and Bones" and "Corduroy Road" are more blues based, and the ballads "Pennsylvania" and "Walkin' Good" are pop and folk efforts, respectively, that help to even out the mood. Nancy Wilson assumes lead vocals on "Walkin' Good," with guest Sarah McLachlan, which speaks of overcoming the past and finding the strength to move on. Nancy's positive attitude is admirable and she always sings like she means exactly what the songs are trying to convey. Another key track is the somber "Dear Old America," which Ann and Nancy wrote for their father, a former veteran. The song details the often difficult experiences of a soldier returning home from war. 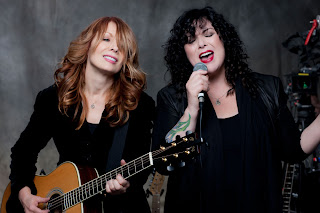 The most startling aspect of Fanatic are the eclectic musical trappings. Indeed, a variety of instruments and sounds ensure that no two songs are similar, which is refreshing, not to mention rare, and expresses the continuing creativity of the band. In addition to Nancy's always phenomenal guitar work, the band utilizes the banjo, viola and violin on various tracks. Producer Ben Mink, who is also credited as a co-writer on all ten tracks, has helped Heart create one of their most original efforts to date and also plays various instruments, including guitar, on every track. Overall, Fanatic does not hit a single false note and is an appropriate title that the band's long time fans can relate to and that new listeners may be calling themselves once they have listened to Heart's latest effort. Finally, Heart has been around for 35 plus years (I have been a devoted fan for 25 years) and I am constantly amazed at how the group evolves and continues to cement their legacy as one of the best, albeit underrated, bands of all time.