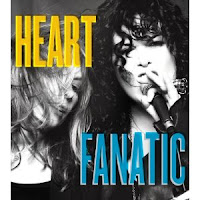 Sisters Ann and Nancy Wilson have had a busy year as leaders of the rock band Heart. Back in June the band released its first ever career retrospective box set entitled "Strange Euphoria." Next, arriving on October 2nd was Heart's brand-new album, "Fanatic" and then this fall, the sisters released their memoir entitled "Kicking And Dreaming." Not only that, the band is also currently on a tour of the U.S. which hits the MGM at Foxwoods tomorrow night.


The new album starts off with Ann's vocals leading the way stating that "the world is changing," but it's a good thing their music isn't. Nancy's blazing, buzz-saw-like guitars on the opening track, "Fanatic" shows us why she is one of the elite guitars in the business. The song "Dear Old America" carries an edgier sound that allows Nancy Wilson to let loose on her instrument of choice. Ann Wilson shares vocal duties with songstress Sarah McLachlan on "Walking Good," an acoustic, uplifting song. Heart returns to rock hard on "Million Miles" even with the inclusion of keyboards, which actually gives the song an epic feel. Once again Heart finds that edginess on "Mashellah" before showing us their gentler side on "Rock Deep (Vancouver)." The album closes with the slow-building power of "Corduroy Road."
Heart are riding along the east coast on their current tour which runs until mid-November. Then after a short break, they will be bringing their live show to Canada in early 2013. For a complete list of tour dates and more information on the new album, "Fanatic," please visit heart-music.com.