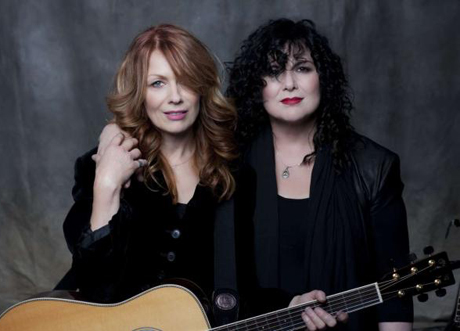 By Andrea WarnerEven Ann Wilson has to agree: 2012 has been a surreal year for Heart.

The legendary singer-songwriter behind such massive hits (and karaoke faves) as "Crazy on You" and "Barracuda" can't fully wrap her brain around the current flurry of activity surrounding the rock band she's fronted for more than 35 years with her sister, guitarist/songwriter Nancy Wilson. In March they earned a star on the Hollywood Walk of Fame; in June they released career-spanning box set Strange Euphoria; September saw the publication of their autobiography Kicking & Dreaming: A Story of Heart, Soul, and Rock & Roll; they're nominated (again) for induction in the Rock and Roll Hall of Fame; and now they've released Fanatic, arguably their most straightforward, hardest-rocking record yet.

"I really feel it's, so far, our best work," Wilson says. "It's our heaviest album, it's our rockingest album, and I think that the messages in the songs are probably our most focused and meaningful yet. I think the album represents us at our ages now quite well. Our philosophies and experience levels, the kind of stuff we want to talk about and sing about now is much different than what we wanted to sing about when we were 25 years old."