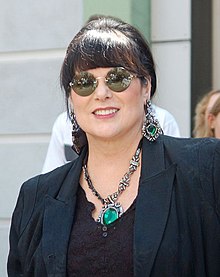 Icon Fetch talks with Ann Wilson of Heart about the amazing year that saw she and her sister render a stunning performance of "Stairway to Heaven" that brought down the house during the Led Zeppelin tribute at the Kennedy Center Honors.  She tells us how Robert Plant reacted to her rendition, and why she was so excited to do that particular song.  She also touches on how surprised she and Nancy were at being 2013 inductees into the Rock n' Roll Hall of Fame.  We also run through the flurry of activity from the band that saw them release a career-spanning box set, Strange Euphoria (review); their memoir, Kicking and Dreaming (review); and a blistering new studio album, Fanatic (review). Wilson also reveals plans for 2013, which include a spotlight on their album Dog & Butterfly, celebrating its 35th anniversary.